Our landlord doesn’t read my letters, as far as we know, but it feels like it’s only fair to write a letter each month, if we’re not going to be paying the rent.

I say I’m writing “you,” and “you” is a convenient word in the English language, since it can be either singular or plural. I might be writing to an individual, or to a corporate board, or even to thousands of investors, and I can still address this entity as “you.”

As it is, I have no idea who you are. Which seems odd, doesn’t it? Maybe even odder is the fact that I’m addressing you as if you might be reading this letter. What we both know is that you’re not. If anyone is reading this letter, other than people who read my blog, it is some employee in the property management company that does all your dirty work for you, so you can sleep at night. You know, like raising the rent on a family like mine almost 250% over the course of a decade. You wouldn’t want to do that to anyone you actually knew, so it’s best to remain totally anonymous, right? 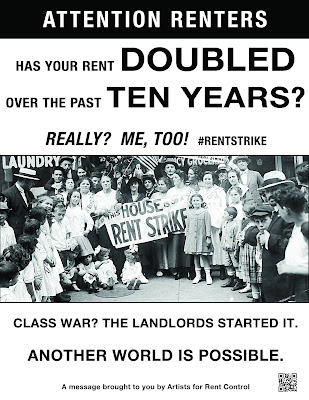 Anyway, putting aside the question of the profoundly unethical behavior you have exhibited towards your tenants through such rent-gouging practices over the past decade or so, let’s center our attention on the current historical moment, shall we? You’re not reading this, so I’ll just take that as an enthusiastic “yes, let’s.”

Before the pandemic hit, Portland, Oregon was the most rent-burdened city in the United States. You were already actively creating this situation through the political lobbying groups you fund, who long ago bought our legislature, and by so many other means. You were already actively cleansing the city of its Black population, and of its artists, service sector workers, and everyone else who can no longer afford to live in this increasingly expensive metropolis. We were all leaving the city, month by month, over the course of many years now, as you know, if you’re paying any attention at all.

But now, with the sudden loss of jobs for so many of us, with those of us who managed to get past the busy signals and actually get any money from the state now having those benefits cut off (I’ve personally never managed to get any in the first place), with the pandemic spreading across the country in a form that the scientists are calling “out of control,” as we’re looking at an estimated 28 millions evictions in the US between now and the end of September, according to the business press, I wonder what your game plan is?

Because so far as I can tell, your game plan is to just keep going like you’ve been doing since I moved in to this apartment in April, 2007. Oh and as you probably don’t know, I paid the rent on time every month from then until March, 2020. You kept raising the rent every year, sending a letter through your property management company, thanking us for our tenancy and letting us know, incredibly, that the rent is going up and if we don’t like it we can move out whenever we like (I’m paraphrasing), and never once giving us even the beginnings of an explanation for why the rent has had to double and more over such a short period of time. And then, weeks into the pandemic, on March 25th, you announced yet another rent increase.

OK, so maybe it takes more than a few weeks for a big, important landlord like you to realize something is happening in the world and half of your tenants have just become unemployed, so we can’t expect you to move your big corporate ship so nimbly. But now it’s been almost half a year, and still not a single word from you. Not even anything like, “hey, I exist, I’m your landlord, I feel your pain, and hey, you don’t have to pay rent for the month of April.” A lot of other landlords, big and small, wrote their tenants notes like that, across the country – but not you.

But the obvious reality is, at least if you read the business press, as I’ll bet you do (whether “you” is singular or plural, in this case), things are not going to be going back to any kind of pre-pandemic “normal” anytime soon. And “normal” was untenable in the first place, as the business press was telling us last year, too. I mean, there are only so many tech millionaires from San Francisco and New York City you can hope to replace the rest of us with, as you systematically drive us out of this city. You’ll eventually run out of them, and then what? And what about your tenants like me, who were already long ago priced out of New York City, San Francisco, Boston and Seattle, too? Do you think we’ll all just leave quietly, again? Where should we move next, any suggestions? Where’s the next town you plan to re-shape in the image of Silicon Valley?

No, the old normal wasn’t working, and the new normal is Great Depression Chapter 2. I’m sure you know this, because, like I mentioned before, it’s not just your struggling artist tenants who read the business press – you do, too. You make big investments in real estate, not because you are interested in housing people, but because it’s an extremely profitable thing to invest in. Now, maybe less so. So then the question is, are you going to make the kinds of adjustments in your profit-uber-alles business model in time to save your precious capitalist system? Or are you going to just zombie on, making as much money as possible, until the riots get bigger? And then, you got insurance, so who cares if the riots get bigger, right? But eventually society becomes ungovernable if you let it go like that. That’s why the governor, despite the fact that she rules on your behalf, for the most part, saw fit to suspend evictions for the time being. As a representative of your class, she’s scared of your renters, even if you’re too busy looking at your stock portfolio to pay attention to the real world, struggling to breath, under the pressure of your unfettered capitalist knee.

If you have children that you care about, if you are indeed human, or even if you as a collective board of corporate investors are, somewhere in the equation, human, and have children, or maybe just nieces and nephews that you care about, maybe you want to consider the future? What kind of world, and what kind of assets, will they be inheriting from you? Will they require armed guards when they walk down the sidewalks of this city? Will they have to put a tall gate around their homes, to keep out the impoverished masses, like the rich have to do in Mexico or Kenya? Will there be any money left in the public coffers to increase the police budget enough to defend your assets from the people who use your assets, otherwise known as us renters, living in what we sometimes, foolishly, in our more deluded moments, refer to as “our homes”? Is it maybe not time to shift direction here, to realize your business model and the economic system you and your corporate lobbyists have brought into existence is totally unsustainable?

Out of the goodness of my heart, and because me and my children would really prefer not to take you up on your invitation to spend the rest of our lives fighting the class war with the likes of you and your heirs, I’ll give you some advice: stop. 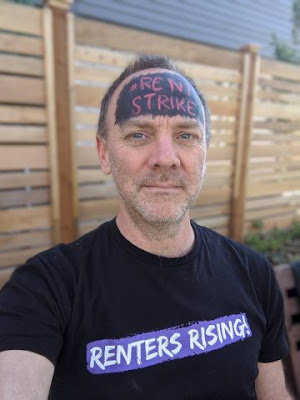 Write your renters a letter, tell us who you are. Explain to us what your expenses are, lay it out, and be completely transparent. Did you apply for any of those trillions of dollars of forgivable loans that the government has just issued to corporations just like yours? Tell us about that. Then charge us rent that is equal to your expenses, plus a little extra. Let that formula determine “the market rate,” rather than your current formulation of the market rate as “whatever the market will bear.” Behind that door lies the end of society. Behind that door lies fascism, for no democracy can survive such ponzi scheme, kleptocratic corruption and still have a population that believes it’s ruling on behalf of the citizens, rather than just the citizen-capitalists like you and your heirs. Is that the future you want?

Well, I just thought I’d give a little communication another shot. My mother always said it was good to talk it out, but it’s hard when the communication is only one-way. Is this how you conduct your other relationships? Anyway, I’d say this letter is easily worth $1,175 for a two-bedroom for the month of August. I’ll write an even more eloquent letter for September, I promise. It’ll be worth even more. Not that you’ll read it, either, whoever you are. 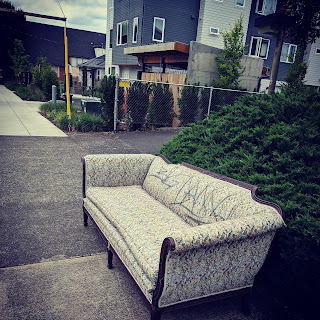